“Oh, that’s helpful – a leaflet”. Issued to sit in her seat pocket together with the safety instructions of the Boeing 757 bound to Monrovia, the capital of Liberia. Two “how-not-to-die-manuals”, both equally useful.

Statistics can be terrifying. On September 23, 2014, I was sitting at my desk in the Gapminder office in Stockholm when I saw a line on a graph that gripped me with fear. I had been concerned about the Ebola outbreak in West Africa since August. Like others, I had seen the tragic images in the media of people dying in the streets of Monrovia, the capital of Liberia. But in my work, I often heard about sudden outbreaks of deadly diseases, and I had assumed it was like most others and would soon be contained. The graph in the World Health Organisation research article shocked me into fear and then action. The research and collected all the Ebola data since the start of the epidemic and used it to calculate the expected number of new cases per day up to the end of October. They showed, for the first time, that the number of classes was not just increasing along a straight line: 1, 2, 3, 4, 5. Instead, the number was doubling like this: 1,2, 4, 8, 16. Each infected person was infecting, on average, two more people before dying. As a result, the number of new cases per day was doubling every three weeks. Th graph showed how enormous the outbreak would soon become.

So I knew the situation in West Africa was about to become desperate . Libera was at risk of a catastrophe worse than its recently ended civil war, and one that would almost inevitably spread to the entire world. Unlike malaria, Ebola could spread quickly in all climates and could travel on airplanes, across borders and oceans inside the bodies of unknowingly infected passengers. There was no effective treatment for it.

People were already dying in the streets now. Within only nine weeks (the time needed for three doublings) the situation would be eight times as desperate. Every three-week delay in dealing with the problem would mean twice as many people infected and twice as many resources needed. Ebola had to be stopped within weeks.

By October 20, I had cancelled all my assignments for the next three months and was on a plane to Liberia, where I hoped my 20 years of studying epidemics in rural sub-Sharan Africa could be of some use. I remained in Liberia for three months, missing Christmas and New Years with my family for the first time ever.

Initiated by the Centre for Global Health at Karolinska Institute Stockholm a team of Designers and Architects were building an Ebola Camp Test Centre into the structures of an abandoned indoor swimming pool. Based on the real-life experience of members of Doctors without borders that had witnessed and worked at the frontline of the outbreak we created an environment that would mimic the conditions in which helping Physicians and Nurses would have to operate. The building was heated up to resemble the local temperature in Liberia of 45 °C at the time, while helpers could practise to put on 3 layers of protective plastic suits and pants, rubber boots, face-masks and hoodies without contamination in teams of two. Connections between boots and pants, as well as gloves and sleeves,  had to be sealed with layers of tape while transiting between safe and unsafe zones and tent structures dividing the different stages of disease onset. An intense experience to simply imagine the magnitude of consequences, the distress on mind and body for the helping staff and the suffering and grief for the local population.

In collaboration with Taha Hirbond and Guilia Gaudenzi and guided by Designer Jenny Althoff and Architect Sergio Montero Bravo. 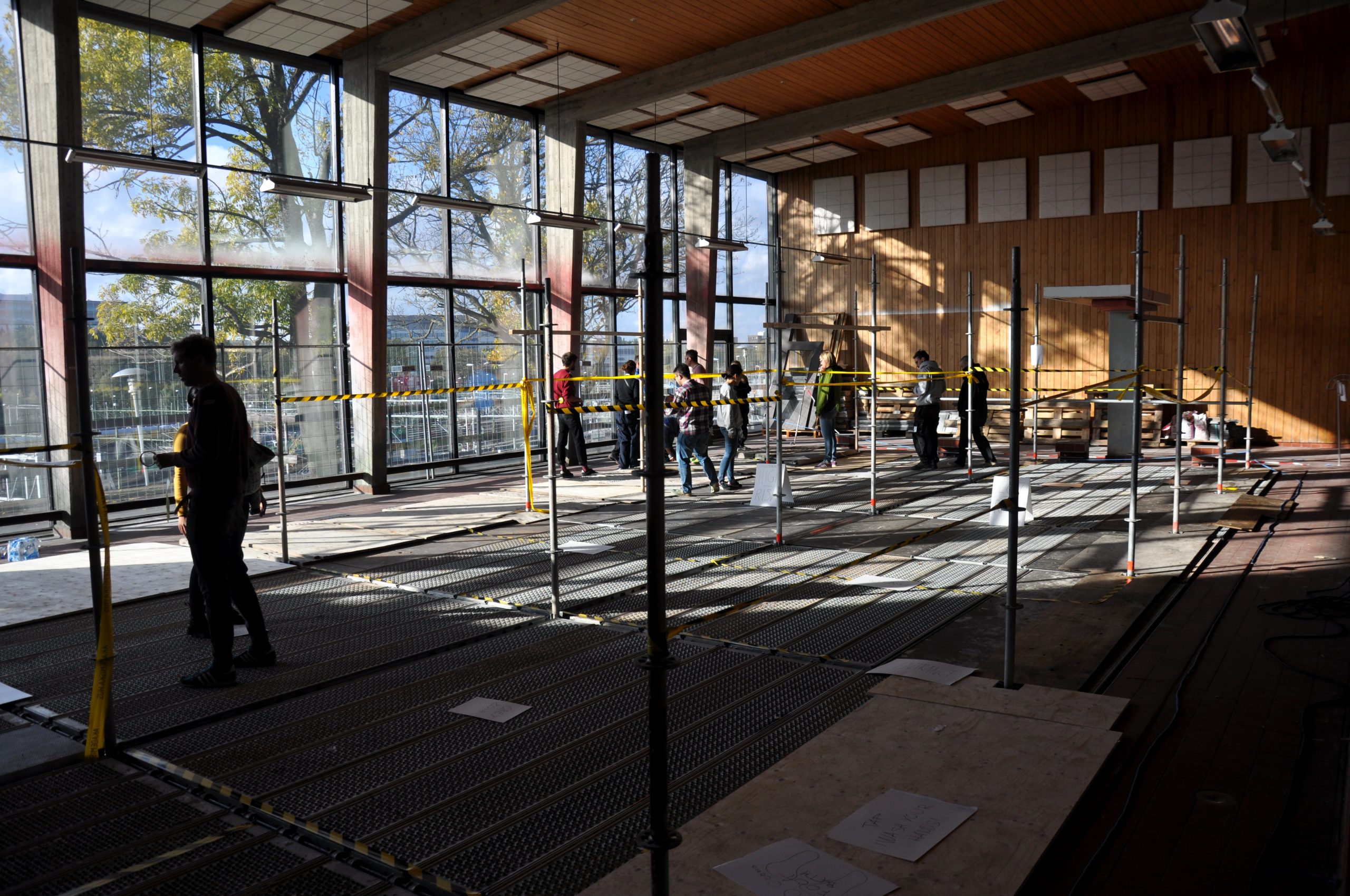 Is : helping to be prepared
Should be : standard training
Will : hopefully never be needed again 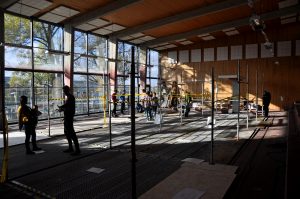 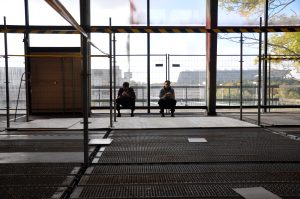 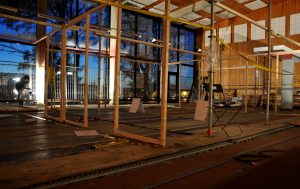 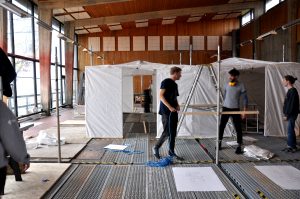 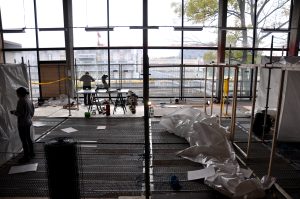 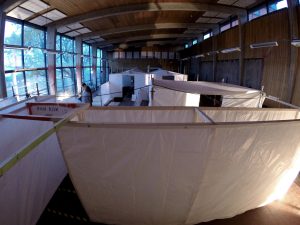