What have you done in the past three to five days? Would you do the same if it was set to be your last? Or would you enter into the state of collective misery, tapping into new and forgotten sadness crying imaginary tears? Would you think about the people you loved and not kissed, the imaginary saliva not exchanged, the ones you haven’t married, the ones you left without a word? Or finally, dare to piss imaginary pee into an empty pool because nobody cares anymore? Would you walk your imaginary dog openly, shout “Otis” into the cauldron of the world and give him an imaginary pot of water? Three to five – not much you think. With water gone – Three to five is precisely what you get.

Luftschloss is intended to interrupt the simple ritual of drinking water for a moment and thus heighten awareness of water consumption. 60% of our human body is made of water, and every living cell is dependent on it. Drinking water is the basis of all life and our most important raw material and remains an incredibly important token in today’s political and economic strategies. That alone should be reason enough to be everybody’s business and attended with the most care sustainably and respectfully. The right to water and the possession of it is still ground for the most disastrous economic decisions taken by governments. Again spoilt by seemingly endless resources significant parts of the world remain ignorant towards its precious value and the need for action.

For Luftschloss, a special coating was developed, which is entirely invisible in the glass, but which binds the oxygen in the liquids introduced. When water is added, pictures and text appear on the surface of the vessel. Castle in the air tries to use the fascinating qualities and abilities of water to disrupt habits, create awareness and call to action.

With the support of two chemists the special ink was developed to be food safe, dishwasher-safe and can be inserted into a glass using a pad printing process.

When the glass is melted during the recycling process, the ink steams off the surface.

The product can be used for design purposes, but also to measure the oxygen level in the water. And can thus also be used in biochemistry. 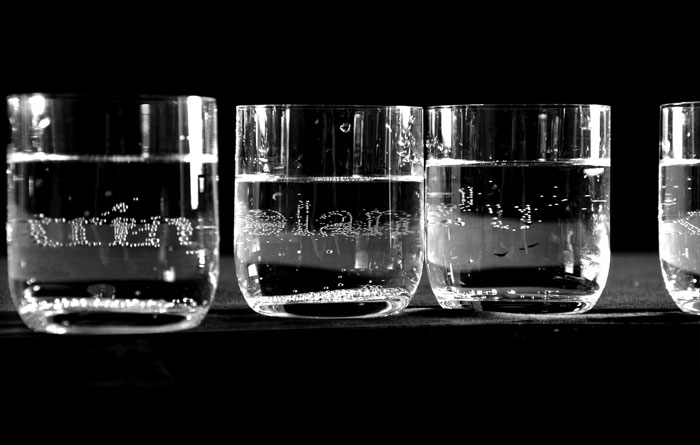 Is : predicting big trouble
Should be : advocating for attention
Will : still build castles in the air 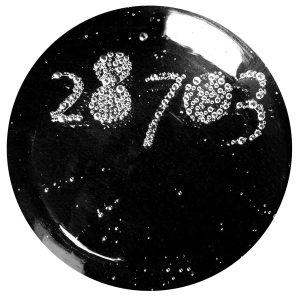 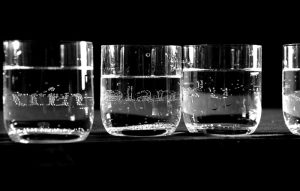 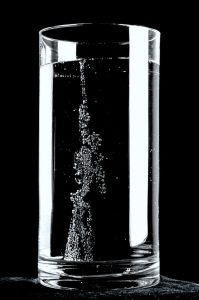 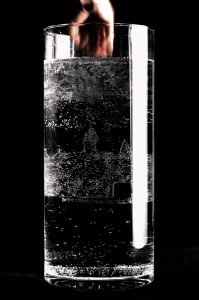 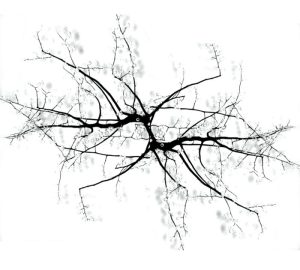 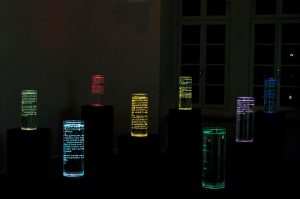 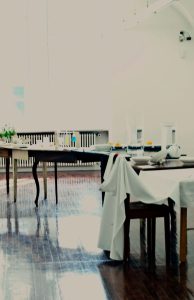 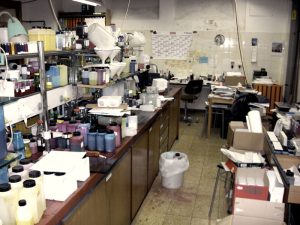